Nearing the end of 2019, Co-Founder and CEO of Weploy Tony has spent some time looking inwards and thinking retrospectively about his experiences as a CEO so far. Whilst Weploy has grown significantly, he has also grown significantly and in this post, he discusses some common misconceptions about CEOs and shares the 5 top lessons he's learnt.

When we started Weploy 3 years ago, we didn’t  really have any ‘job titles’, we just agreed that my job was to  look after growth, and my partners looked after other parts of the business. One year in, we’d got some runs on the board and grew from four people huddled around a vacated bathroom shop, to over ten with a real office and real clients. Then one day over pho at lunch, the topic was raised and my partners appointed me as the CEO. And just like that, my life changed.

Towards the end of 2019, I’ve spent some time looking inwards and retrospectively thinking about my experiences so far. Whilst the business has significantly grown, I myself have also grown significantly. Here are the 5 lessons I’ve learnt:

You never know what your staff will teach you

Being a CEO is hard, bloody hard. What I’ve found the most difficult part though isn’t the role, but the internal pressure I put on myself; the constant fight with so-called ‘imposter syndrome’. Constantly meeting with corporate CEO’s and feeling like I’m just a fraud. Knowing that there are all these peoples’ families that I need to protect and help, is a kind of pressure that will shape me into the human I plan to become.

As our business continued to grow and progress, I felt stagnant and often frustrated. Our business grew to almost 40 staff, and is still growing, I was introduced to every newcomer as the CEO, and every time I heard it, a little bit of me cringed inside. I continued to look at the world-renowned CEO’s and ask myself, what type of CEO do I want to be and will I ever get there?

Then, one day I was going through career planning with one of my staff and realised that this was her first proper role. What we do here will have a direct impact on the rest of her life and set the foundations of how she will grow. Immediately this task became the most important on my massive list, because it dawned on me that in the end, we’re dealing with people’s lives.

What I learnt was: I was obsessing on the ‘what’ and ‘how’ of the role, but not the why. As a CEO, my role is to provide the why to the company. It is to drive our vision and ensure our people are able to come to work, feeling empowered to be their best. The type of CEO I want to be is one that leads by being human. Someone who leads by empowering their staff to be their best, so that we can succeed together. So to coach and motivate this staff member who I was career planning with, whether or not it remains at Weploy,  to have a better life through this experience is my most important role. In my opinion this is what all the great CEO’s that I aspire to be all have in common.

Forget about trying to know all the answers, just focus on asking the right questions

Society often teaches us to focus on having answers, and that ‘knowledge is power’. In school we go through exams which  focus on answering the question correctly. When we start working, we are told by our bosses to come with answers, not problems. So it became really easy to walk around being the person who always had the answers. Until one day everything changed for me and everything became clear.

I was on the train in Sydney looking out the window at the Harbour Bridge listening to a podcast where Simon Sinek was giving a talk. I’m going to paraphrase this but the part I remember crystal clear was;

“Often after talks I have people come up to me and ask how do I get the most out of my people? I think this is so wrong. People are not towels that we wring out and re-use. So I could answer their question, but the answer would be wrong. What they should be asking me is how do I create an environment where my staff are able to come to work and be empowered to be their best selves? I could answer both questions and be right, but how the question is asked, changes everything.”

It all made sense, as the CEO my job ISN’T to have all the answers, it was to ask the right questions. Since that day, my job has changed a lot for the better. When I stopped trying to find out all the answers, all of a sudden, I had more time on my hands, and my team’s capability immediately started to rise where I saw them more empowered to take on bigger challenges without the need to engage me. When they did, rather than giving them an answer I’d ask them a question which they could answer and gave them direction in which way to go.

Passion and honesty over confidence and charisma

In my time I’ve given shit loads of talks, been on TV multiple times and had countless interviews and I always get comments around how it must be so great and how easy it all looks. The truth is, I hate it so much, and public speaking is something that does not come naturally for me. The people close to me will notice how nervous I get the 48 hours prior, to the point where they just leave me alone as I start to make zero sense!

Growing up we get presented many definitions of ’the boss'. For a long time, it always was described to me as that alpha, dominant person who speaks zero fear, extroverted and has all the answers. When I looked at myself, I thought, ‘I’m doomed, I’m none of that!’ I tried to fake it for a while, but that became super tiring. I thought, ‘Screw it, I’m just going to be myself.’

When I started to just be myself I noticed a huge change. People listened more. People engaged more. I started to get comments about being confident and charismatic. But actually it was just passion and honesty. This gave me the answer to what type of CEO do I want to be. Ultimately, I’m able to perform my best work when I’m empowered to be myself. So the type of CEO I want to be is one that empowers the people to be their best versions of themselves, instead of the CEO who uses fear to scare people into being what he/she wants them to be.

Don’t be afraid to talk about how you’re feeling

It’s funny how much a title can change things. People who used to not want to meet me, all of a sudden did. In other cases, people who used to be able to talk freely around me, all of a sudden started to hold back. People look to you to be the brightest light in the room, that shines a beacon to where we need to go. You are constantly there to motivate and pick people back up. To drive and energise. To bring hope to both your staff, and to yourself.

If you’ve read ‘The Hard Things about Hard Things’, you are that person who delivers the bad news, that has to deal with the hardest of all things. You are in a constant fight within your head about conflicting opportunities to pursue, watching the clock and making sure that your business lives to see another day. You can never switch off, spending the office hours dealing with other people’s problems, and then only being able to begin your own work when everyone else goes home, often leaving you to the early hours of the morning.

Perhaps this happens to more startup CEO’s, but I believed I was superhuman. That I could do anything and nothing could hurt me. An extra cup of coffee here, 3 hours of sleep there, more Codral here. I was too busy to even realise how much I was doing by myself, how much stress I had been ignoring and how much my physical and mental health was deteriorating to the point where one day I woke up, and my body had entirely shut down to the point where I was admitted into emergency.

Luckily enough for me, I had built an incredible network around me of advisors and mentors. For a long time, I had always only interacted with them about business, but at this time, as I had to go offline I had to let some know that I needed to reschedule meetings. When I shared with them a little of what had been  going on, feeling incredibly embarrassed, I was shocked at their responses in how common what I was feeling and going through was. One by one, they started to share their personal experiences with me, which began to give me strength, and ultimately begin my journey to changing the relationship I have with things like anxiety and stress from a negative, to one I now look forward to.

Being not only a startup CEO, but also a founder, it’s incredibly easy to hold so many things in to yourself. But the age-old saying about how you can never look after your family if you can’t look after yourself is so true. I’ve learnt never to be afraid to speak up and ask for help. In the end, the title only separates what you do, but doesn’t change the fact that you’re still human, just like everyone else.

Enjoy the best movie of your life

Late last year I was looking at our numbers and realised we needed an extra $5million, so I booked some flights, jumped onto the plane, landed in Vietnam, gave my presentation to our investor and my ask. I secured the funding and jumped back on the plane home.

When I got home a close friend called me and asked where I had been and my reply was “I had to go and ask for $5mil”. I heard silence and thought something was wrong with my phone, and he then screamed "WTF DO YOU MEAN?” It all hit me. When did this become so normal, and when did I ever think this was something I would be doing? I’d been so zoned in that I’d didn’t even realise what I was doing, and how much of a different life I was living compared to the 9-5 only a few years ago. It seriously felt like a scene out of a movie. Today, one week from my 31st birthday,  I can look back at all the other experiences I’ve had on this ride, from starting literally in a bathroom to now having multiple offices, getting selfies with the Prime Minister, meeting idols, flying around the world and just being able to do almost anything I want every day, I realised that I had been living it, but not TRULY living it.

So the biggest learning I’ve had this year, is to just take the time to look around and enjoy the journey. There’s no fun in fast forwarding straight to the end of the movie.

Customer Contact departments today are undergoing an immense shift in their customer operations. For years, contact centres have worked in silo from t… 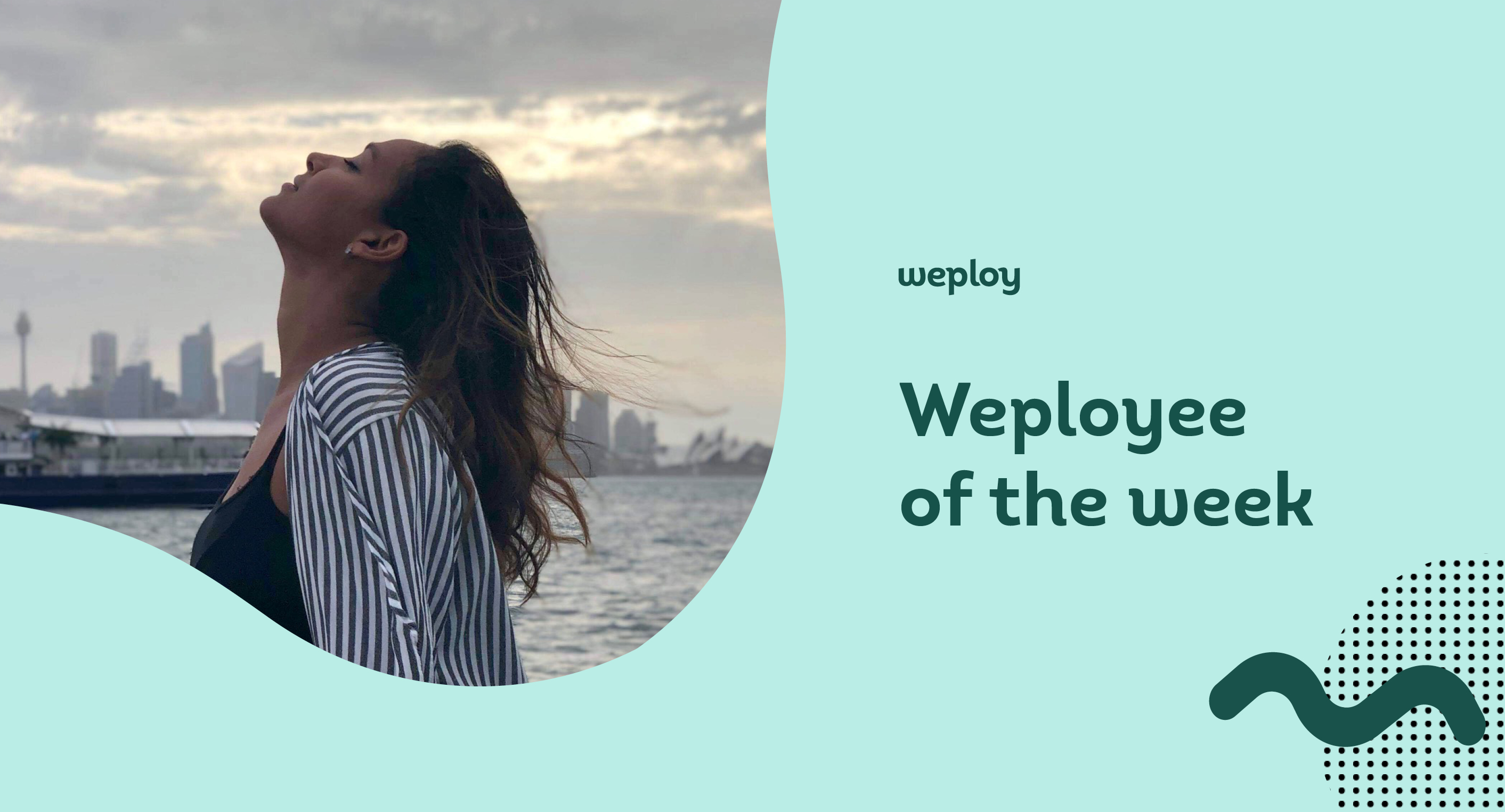 Meet our Weployee of the Week - Farah

Farah has worked nearly 800 hours on the Weploy app and has a universal 5* rating from her Weployers. She's just finished up her temporary role at fin… 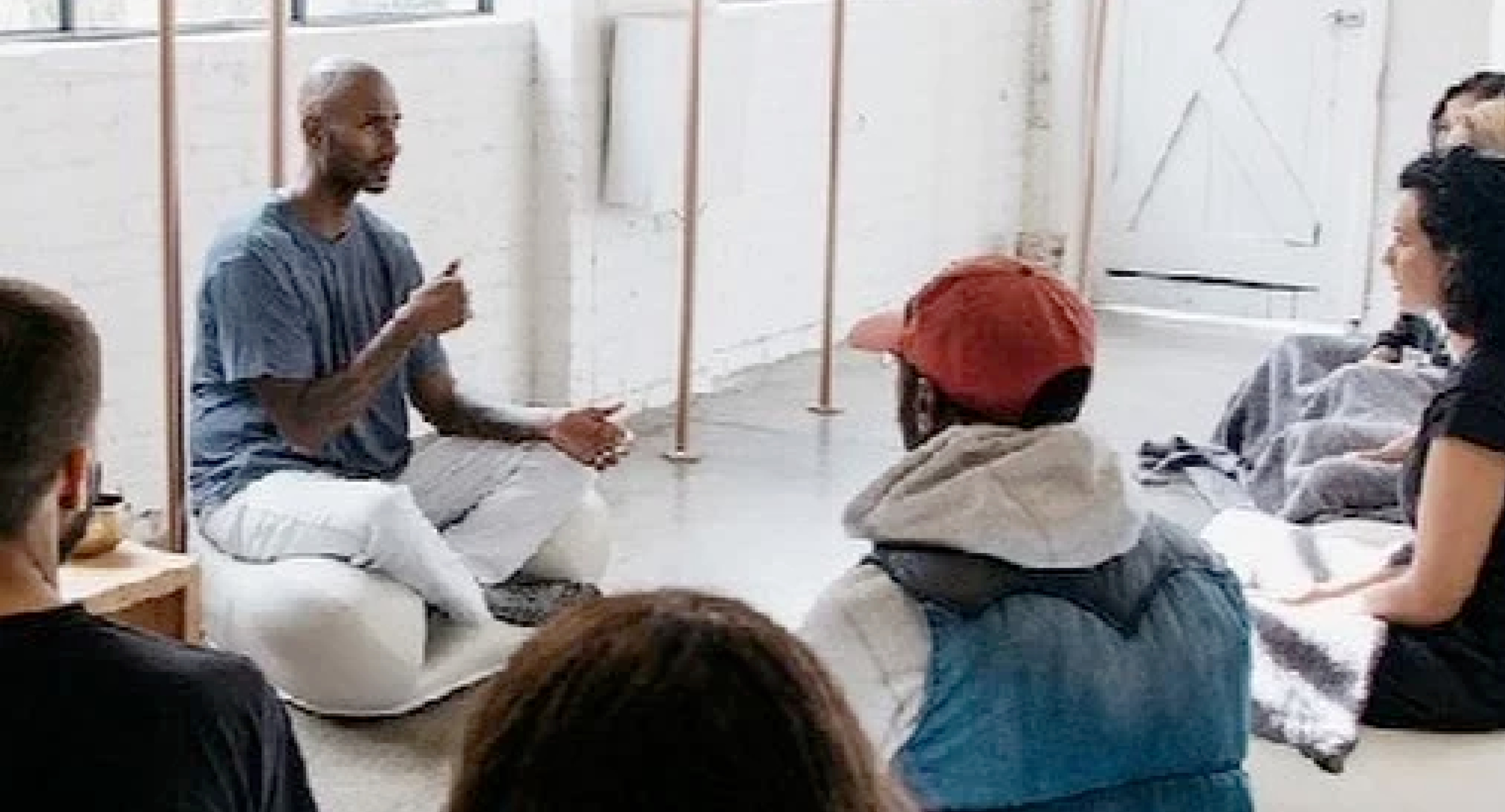 The Australian Contact Centre Benchmark Report states that the average Full-Time customer service agent attrition rate in 2018 is at 19%. The impact o…